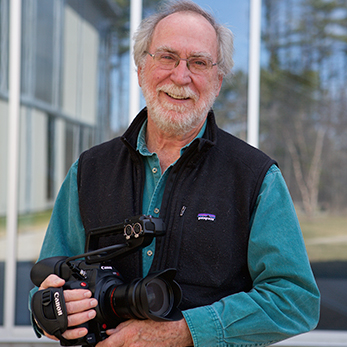 Arts, Electronic Media and the Arts

Films of mine have been exhibited, or are still being shown, by such organizations as The Mount and Stonyfield Farm Yogurt. Most recently, a film I made about painter Ann Getsinger is on view in the Hillman-Jackson Gallery at Simon's Rock.

My film "Holyland USA" was screened at MOMA and WNET and is in the film collection of the Donnell Library in New York City and the Centre Pompidou in Paris. My film "New Alchemy: A Rediscovery of Promise" received an award in Switzerland and was distributed by Bullfrog films. A scene from the film was also used in the recent documentary, "Food Inc."