Your gift to Simon’s Rock transforms students who, like you, are ready to challenge conventions, act with conviction and compassion, and think, write, and speak with ethical resolve.

With your help, on and beyond the Simon’s Rock campus, we are creating the conditions in which students and families may actively choose not only where to go to college, but when.

Your contributions to Simon’s Rock support inclusivity and access to a life-changing education, by way of acceleration, affecting those who belong in this community in a lasting way.

Your support of any of the following initiatives provides for a Simon’s Rock that isn’t about grades or standardized tests, but instead real learning, real curiosity, and real ambition.

The Fund for Simon’s Rock

Do you like the idea of making a gift to Simon’s Rock to support scholarships, faculty, curricular programming, inclusivity, facilities, career development, or any priority of greatest need? Your contribution to the Fund for Simon’s Rock accomplishes exactly this.

Support the Fund for Simon’s Rock

Dr. Gabriel Asfar was a beloved professor of French and Arabic at Simon's Rock from 1983 to 2014. In 2012, the Gabriel Asfar Scholarship was established in honor of his long service to the College.

Leslie Sander ’83 was an indelible presence at Simon’s Rock and remains so in the hearts of those who were lucky enough to know her. This endowed fund supports a bachelor of arts student who has demonstrated academic excellence and served the Simon’s Rock community in a meaningful way, in perpetuity.

Established to celebrate the 80th birthday of faculty emeritus Jim Monsonis, this special fund serves students who have encountered an unexpected financial hardship and for whom an infusion of support can be the difference in their ability to continue their studies at Simon’s Rock. Consider making a monthly gift, as many others have, to keep this fund active for years to come.

Established by the Faculty Senate and the Board of Overseers in memory of Dr. Ñacuñán Sáez, faculty member in languages and literature at Simon’s Rock from 1984 to 1992, this scholarship is awarded to a returning student who exemplifies Ñacuñán Sáez’s qualities of wit, breadth of interest, and delight in learning.

Established by his friends and family in 2020 in memory of Taylor Horn ’09, this two-year scholarship is intended for B.A. students with an interest in conflict resolution. Students of foreign languages, world geography, politics, activism, social justice, international relations, and conflict resolution through use of the arts are eligible for a $5,000 annual award. 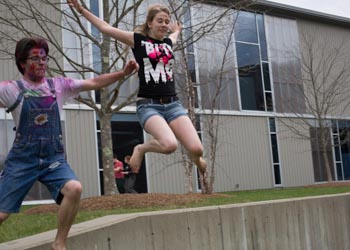 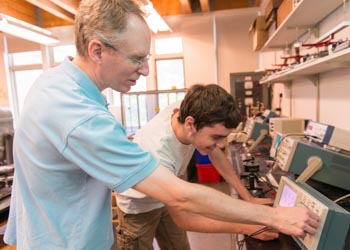 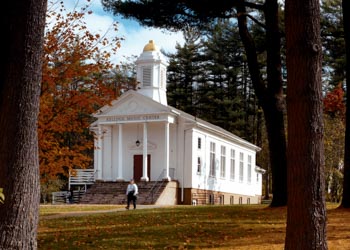 The Case for Simon’s Rock