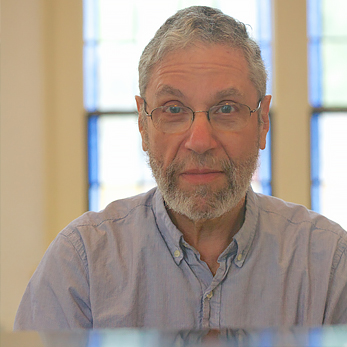 In 1977-8, Dr. Wallach attended a year-long post-doctoral seminar in piano performances from 1775 to 1850 at the University of North Carolina funded by a National Endowment in the Humanities grant. He also attended Malcolm Bilson's master-class in fortepiano performance at the Aston Magna Academy in 1982. As a composer, he has fulfilled commissions for major works from the chamber group Infusion (1985), the Ariel Chamber Players (1987), the Atlantic Sinfonietta (1989 and 1992), the Colgate College Choir (1996), the Da Capo Chamber Players (1999), the Housatonic River Summer Festival (2004), the Prometheus Piano Quartet (2006), the Walden Chamber Players (2008), the New England Conservatory Percussion Ensemble (2014), and the Claflin Hill Symphony Orchestra (2016) and has produced many additional works, primarily instrumental, during that time. His "Prelude and Fugue" for violas da gamba was published in 2015. Larry Wallach performs regularly as pianist and harpsichordist, both at Simon's Rock and elsewhere, including performances in Texas, St. Croix, and California. Dr. Wallach has taught at Columbia College and School of General Studies, as well as at the CUNY SEEK Program and the Herbert Lehmann College in the Bronx. He has been teaching at Simon's Rock since 1972.