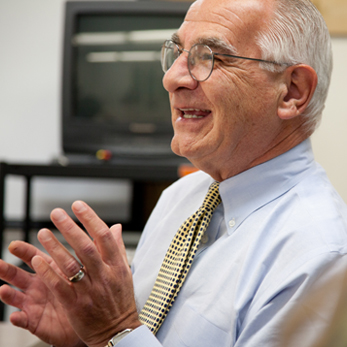 He is the author of Philip Roth: A Bibliography (1974; revised and expanded 1984), Philip Roth (1978), and Voices and Visions: Selected Essays (2001), and the editor of Critical Insights: John Updike (2012) and Critical Insights: Salman Rushdie (2013). His essays and reviews on modern and contemporary American and European literature and culture have appeared in the Fitzgerald/Hemingway Annual, Critique, Chicago Review, Chicago Tribune, Illinois Issues, Bloom’s Modern Critical Interpretations of Portnoy’s Complaint, Kwartalnik Neofilologiczny (Warsaw), MELUS, Philip Roth Studies, The World & I, Magill’s Literary Annual, Magill’s Survey of World Literature, Magill’s Book Reviews, Magill’s Masterplots, and the Berkshire Eagle, and been broadcast on WBBM-AM and WNIB-FM in Chicago. Before coming to Simon’s Rock, he taught for seven years in the College Acceleration Program of the City Colleges of Chicago, and spent a year as a Fulbright Senior Lecturer in American Literature in Lublin, Poland. He has been president of the Massachusetts Foundation for the Humanities; involved as a scholar in projects sponsored by the Chicago Public Library, the Illinois Humanities Council, the National Endowment for the Humanities, and the John Updike and Philip Roth Societies; and been a consulting editor of Philip Roth Studies and a member of the National Book Critics Circle and PEN/America. He was also a member of the boards of the Southern Berkshire Chamber of Commerce and Fairview Hospital in Great Barrington. His administrative career included positions as producer of the University of Chicago’s daily television program Perspectives and the City College of Chicago’s monthly Conversations with the Chancellor, chair of the College Acceleration Program, assistant director of the Commission on Institutions of Higher Education of the North Central Association of Colleges and Schools, special assistant to the chancellor of the City Colleges of Chicago, and dean of academic affairs at Simon’s Rock. From 1987 to 2004, he served as a vice president of Bard College and the dean of the college at Simon’s Rock. From 2004 until 2015 he was a full-time member of the faculty. (1985–2015)