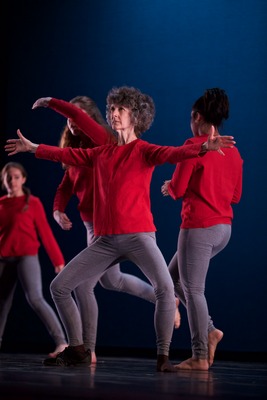 For over twenty years - from the time she joined the faculty in 1984 to her passing in 2015 - Wendy Shifrin developed and fostered a distinctively vibrant and inclusive dance program at Simon’s Rock. Each semester’s dance concert was a wildly popular and highly participatory event that created opportunities for scores of dancers, choreographers - both accomplished and ambitious novices – as well as sometimes jugglers or martial artists - to perform original works to enthusiastic audiences who filled the theater in the ARC and later the Daniel Arts Center.  Her devotion to the College was legendary, and her door was always open to the many students -- including over 150 advisees during her career at Simon’s Rock -- who found her a caring mentor and guide. Before coming to Simon’s Rock, Wendy was a member of the Nancy Meehan Dance Company for fourteen years and taught at the New School for Social Research and at the Nancy Meehan School of Dance in New York City. During her time at Simon’s Rock, she became a member of the Berkshire New Dance Collective and choreographed original works for performance including The Stigma and the Empowerment, a video documentary produced for Pittsfield’s public television station that was funded in part by the Massachusetts Department of Mental Health. In 2007, she was commissioned to choreograph “Totentanz,” a choral work with dancers, actors, singers, and computer animation. She subsequently presented a paper on the Totentanz choreography at the European Totentanz Conference in Florence, Italy. Her article “Beautiful Bodies in Dance” appeared in the journal Phoebe (Issue #4; 1991). (1984–2015)