Montserrat is an island in the Caribbean Sea, part of the chain of islands known as the Lesser Antilles. The island is approximately 39.5 square miles in size and has 25 miles of coastline. Montserrat is nicknamed the Emerald Isle of the Caribbean both for its Irish ancestry and its verdant green topography. Montserrat is a British Overseas Territory. 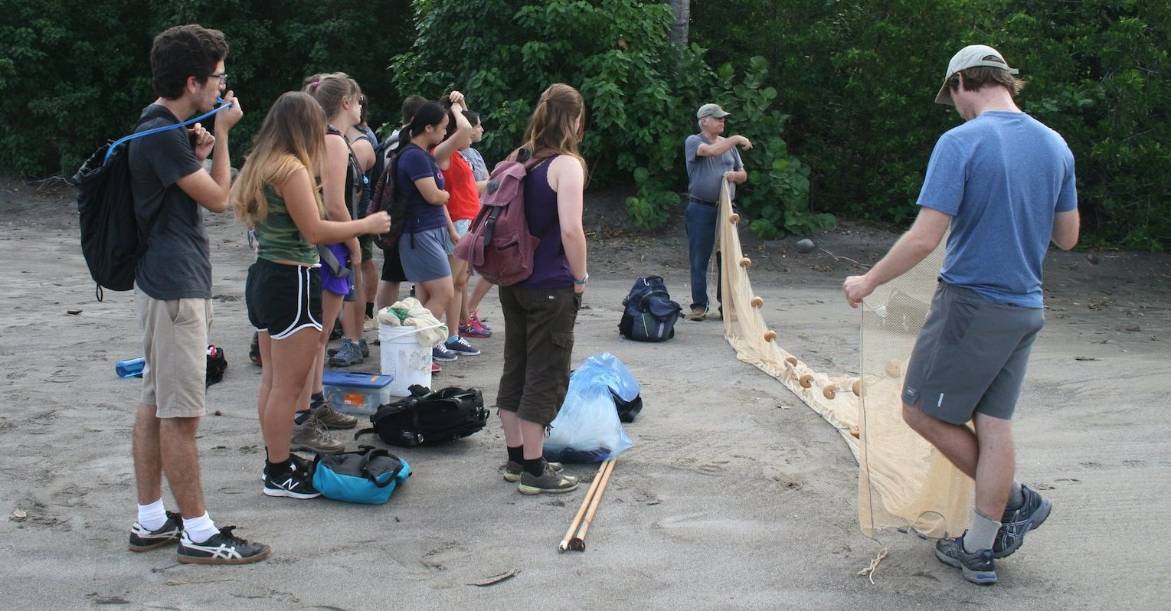 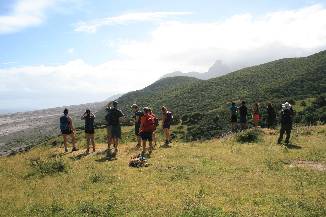 Students on a hike near Jack Boy Hill

Montserrat is a tropical island with ecological habitats ranging from black sand beaches and coral reefs to desert scrub and subtropical woodlands, to tropical moist forests. The island has three distinctive volcanic ranges, one of which is currently active—the Soufrière Hills Volcano, located in the southern part of the island.

Listen to the ambient sounds of Montserrat

The Volcano Eruption in 1997 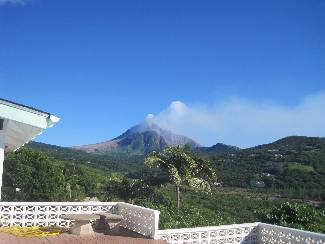 Montserrat suffered catastrophic destruction when the long-dormant Soufrière Hills Volcano erupted in 1995, devastating the southern two-thirds of the island, along with most of its agricultural, residential, and government infrastructure. As a result, two-thirds of the population left the island, leaving behind fewer than 5,000 residents to rebuild on the remaining habitable northern third of the island.

Though Montserrat has not fully recovered from the eruption that began in 1995, the nation has come a long way. A rebuilding effort has focused on restoring infrastructure, resulting in a new airport, seaport, roads, energy facilities, agricultural lands, government facilities, and residential communities. Following the devastation, tourism came to a halt and the economy suffered. Currently, several government initiatives are beginning, all designed with sustainability in mind. These range from a national food sustainability/security program to environmentally sound mining practices for volcanic deposits, to geothermal energy generation and ongoing climate change monitoring and planning programs.

The volcano, located on the south part of the island (in the “Exclusion Zone”), is under constant monitoring by the Montserrat Volcano Observatory (MVO). It is one of the best monitored active volcanoes world-wide. Scientists report that activity at the Soufrière Hills Volcano has remained low since 2010. The Simon’s Rock program site is located in the Northern Zone of the island, the island region farthest from the volcano, and the area deemed low risk and suitable for residential and commercial activity by the MVO. 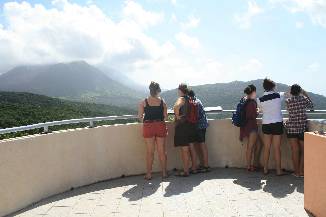 Students at the Mountain Volcano Observatory 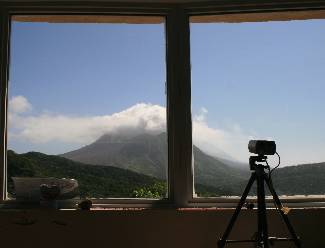