Johanna Schwartz ’10 stands out in the 3D printing field, according to Women in 3D Printing, an organization promoting, supporting, and inspiring women who are using additive manufacturing technologies.

Johanna’s work primarily focuses on expanding the material scope and control of 3D printing processes. “I feel like as a chemist, and particularly an organic polymer chemist, there are a lot of opportunities and ways I can improve the field.” 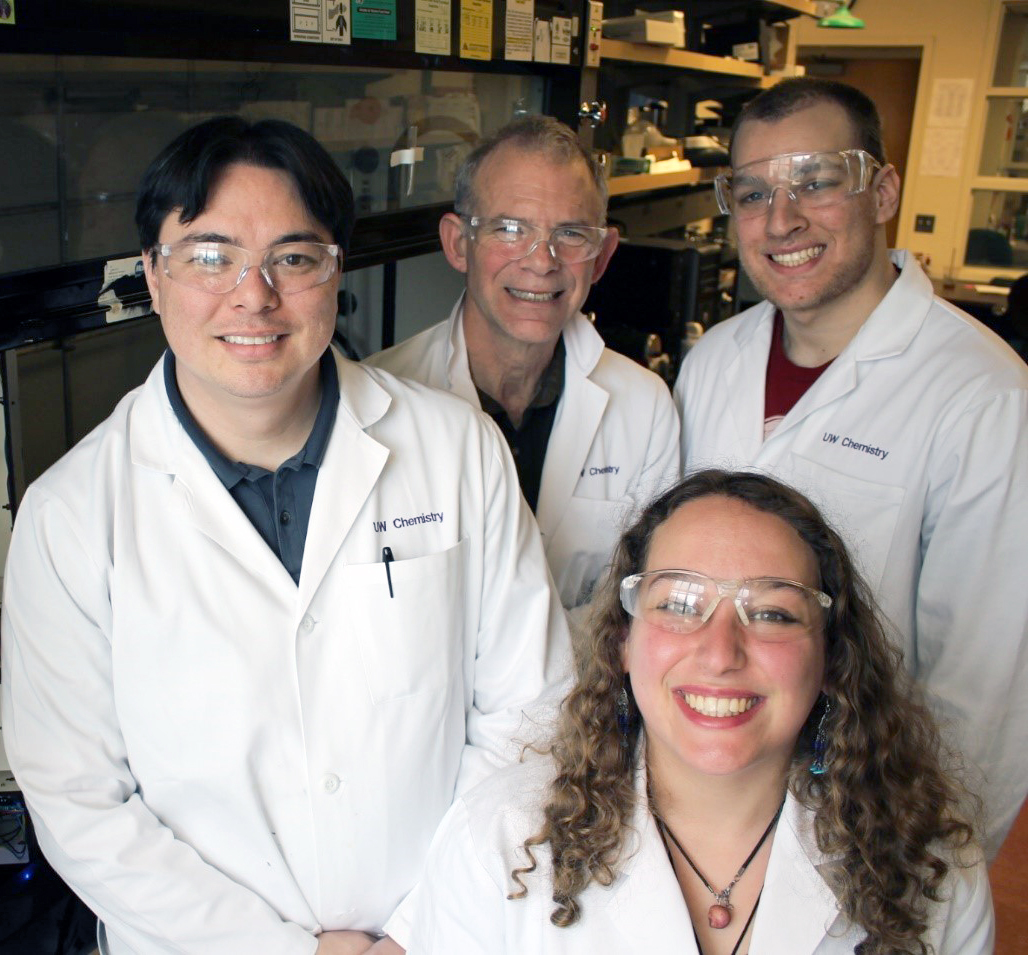 Johanna in the lab at the University of Washington with, from left, Professor AJ Boydston, post baccalaureate student John Goldstone, and first-year graduate student Troy Becker.

Johanna graduated from Bard College at Simon’s Rock in 2014 with a bachelor of arts in Chemistry and Biology. She is working toward her doctorate in organic chemistry at the University of Washington, where she is a graduate student in the Boydston Research Group in the Department of Chemistry. As a National Science Foundation Graduate Research Fellow, Johanna is working on the synthesis and development of stimuli responsive polymers toward additive manufacturing applications.

When Johanna started in the lab at the University of Washington, only one person in the group was focusing on 3D printing. When that student graduated, she took over his projects, including building the lab’s first Digital Light Processing 3D printer. Now there are three people in the lab who primarily focus on research in 3D printing on at least eight printers, all with different capabilities.

Johanna is also developing the lab’s own specialized optics setup for DLP printing through the help of an Amazon Catalyst grant. “As research continues to develop and expand the range of materials possible, I see 3D printing becoming an industrial manufacturing process on par with other manufacturing methods.” Fields like personalized medicine are also benefiting from 3D printing. She envisions 3D printed surgical models, drug capsules, implants, scaffolds, and even organs.

Johanna always had an interest in science, but when she came to Simon’s Rock, she honed in on chemistry, with biology as her second concentration. She could learn from faculty in all fields and when it came to science, she could try a lot of different subjects and types of research while focusing on chemistry. “It seems that whatever chemistry class I would or could offer, she would take,” said Professor David Myers.

In spring 2013, Johanna took part in the 12-week SEA Semester Ocean Exploration program, which included six weeks aboard the SSV Corwith Cramer. Participating in a semester at sea “broadened Johanna’s scope and brought her to the idea of synthesis of natural products, a research interest of mine since my sabbatical in Australia,” David said.

Find a study abroad program that works for you.

Like Johanna, you can choose a semester at sea.

Find out more about SEA Semester 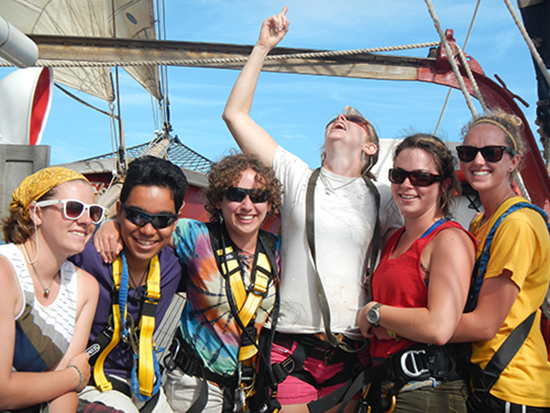 Johanna, third from left, with other students aboard SSV Corwith Cramer during her SEA Semester.

As Johanna’s academic and senior thesis advisor, David reworked his internship to incorporate her research interests. Johanna’s research work was her thesis project, Everything but-enolides, which focused on the synthesis of target butenolides and their precursors and analysis of their antibiotic and antifungal activity.

“She came to Simon’s Rock with more experience in chemistry than most first years, so the thesis process was fairly easy. She knew, for the most part, what was necessary and could forge her own way,” David said.

While at Simon’s Rock, Johanna received an NSF Graduate Research Fellowship Program honorable mention, worked as an intern at Northwestern University, and was named a Bard Center Junior Fellow. She has co-authored three publications, two during her time at Simon’s Rock, including one with David in the Journal of Chemical Education.

Johanna got to “show off how fun chemistry can be” as president of Chemistry Club, was a member of the American Chemical Society, a Simon’s Rock photographer and tutor, a student representative, and was an annual fund and prospective student caller. Johanna was also involved with the Independent Theater Group, the Swing Dance Club, and Collegium (violin), and enjoyed playing her guitar.

You can read the full Women in 3D Printing interview.

Learn how fun chemistry can be