A Conversation with Professor Maryann Tebben on Her New Book, "Savoir-Faire" 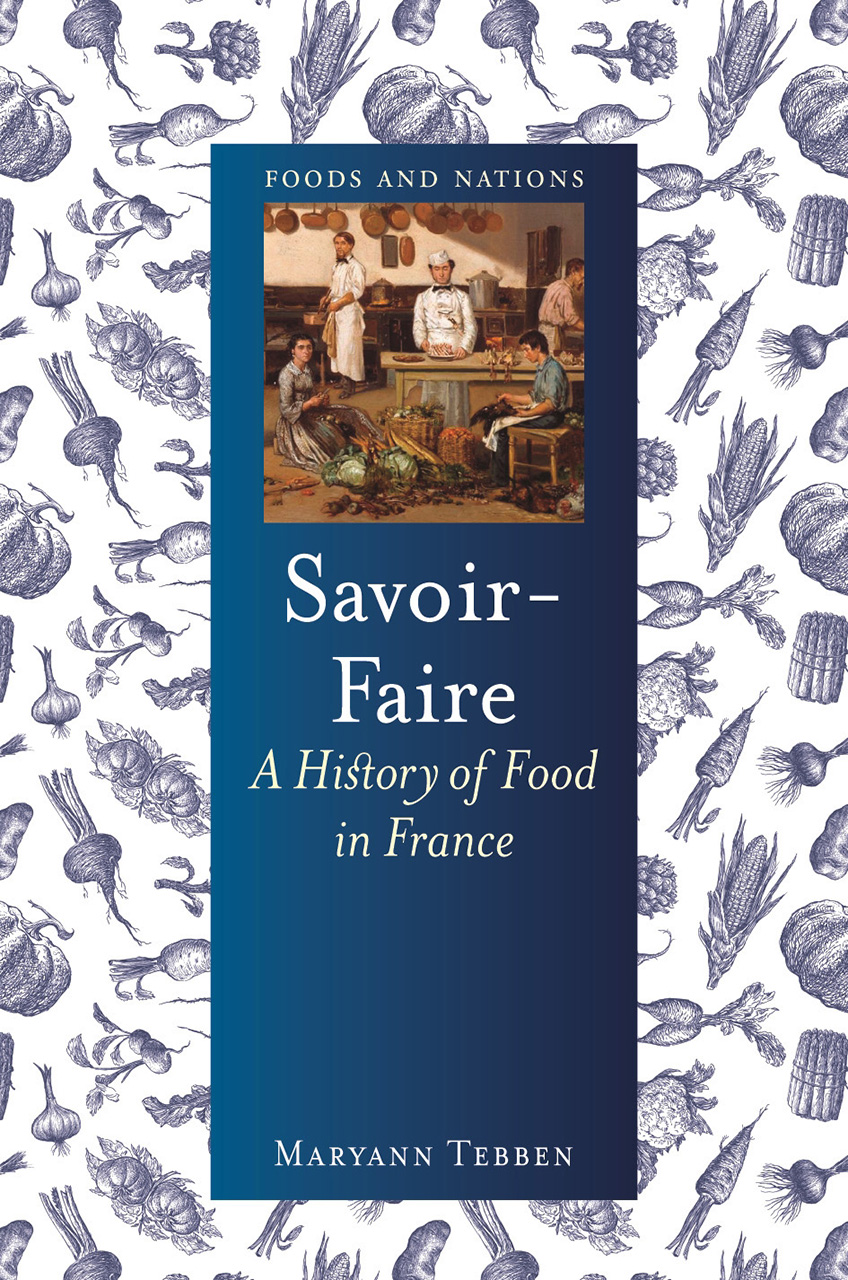 Simon’s Rock professor of French and head of the Center for Food Studies, Maryann Tebben, recently released her latest book, Savoir-Faire: A History of Food in France.

We spoke with Maryann about the book (which was endorsed by Jacque Pépin!) and covered everything from the history and the future of food in France to France’s influence on American cuisine, food and the French identity, sustainable consumption, and more. Following is an edited excerpt from the conversation.

To listen to Maryann give a virtual reading of Savoir-Faire on Monday, November 2, find details here.

Could you give us a brief description of your new book, Savoir-Faire: A History of Food in France?

This book is a comprehensive history of French food, including both production and consumption. I started in the time of the Roman Gaul (during the 1st Century BC) and ended in modern-day France, trying to hit all the highlights and some of the hidden gems in between. My background and training are in literature, so I wanted to ensure that I brought together the myths, the history, and the stories involved in French food.

Did anything surprise you in your research for this book?

Plenty! Starting my research back in Gaul, I didn’t know much at all about their food. We have very few cookbooks from that time. Cookbooks back then were only representative of the elite, since lower classes were illiterate. But I was able to find really interesting information about who these people were and what they were eating.

For instance, when we think of French food today, we think of butter. The Gauls thought butter was unhealthy and that you shouldn’t eat it. There was also a distinction between beer drinkers, who were seen as more valid than the lesser wine drinkers—which later changed. The highlights of French food are not always the same throughout history.

Do we, as Americans, still have more to learn from France in the way of healthier eating?

Most cities in France have open farmers’ markets twice a week where people get their vegetables. The French are resistant to industrial food (which is not to say that they don’t eat it), but they spend more money on food. They are willing to seek out more artisanal products and are willing to pay the price that food should cost. Those are models we could follow. However, there can also be an elitism around food, and the French have been a bit slower to embrace immigrant cuisine. That’s why I also wanted to represent the food of former French colonies and territories in this book.

Can you expand on the culinary influences of immigrants, territories, and former colonies of France?

They’ve had a great influence. Often when people think of France they think of elite food, but I’m interested in rounding out that picture. Take Algeria. In the late 19th Century, French vineyards were plagued by phylloxera (pests attracted to vines), wiping out much of the country’s wine production. Conditions in Algeria were conducive to wine production, and the French welcomed the influx of Algerian producers with open arms. But once French wine production bounced back, they would no longer accept the Algerian wines.

There are many similar examples with other former territories and protectorates of France, from Haiti to Senegal to Guadeloupe, which I cover in the book. You see this strange pattern vacillating between acceptance, reverence, and rejection of colonial culinary contributions to France, which the country still has trouble with today.

Do you see French culinary innovators of the moment hemming close to tradition or embracing a more multicultural approach?

Fusion food is a tough concept for the French. But in Paris, which is much different than other parts of France, you do see more innovation. For instance, Japanese ingredients and techniques have had a big influence. The Michelin Star system has replicated traditional cuisine and doesn’t accept much outside influence, but new young chefs are starting to reject the Michelin Star because it takes so much money and effort to keep it. They want to go out and do something different.

In the casual food arena, the kebab and the hamburger—which of course are imports—have taken over the Jambon-Beurre sandwich as the most popular grab-and-go staple in France. What you see now is innovation in the high-end of the culinary world, a stronger outside influence in fast food, and in the middle you have traditional home-cooked French food that has retained its popularity.

As your book notes, food has always played an integral role in the intersection of media, art, and literature in France. Why is food so central to the French identity?

In the late 1800s, France was the first place in the world where restaurants sprang up and took hold during the invasion of the Prussian army—they didn’t exist anywhere else. That sort of told the French, “Ok, we have something here.”

France has ultimately been more successful in food than in anything else, and they learned that early on. You could say that they haven’t been a leader militarily, and their colonial empire fell apart, but they took hold of their food similar to how they took hold of their language (such as efforts to keep the French language pure by building the Académie Française). They’ve codified how certain things like cheese and champagne can be sold and tied that to their national identity. There are also many universal cooking terms that are French (think of julienne and mirepoix); they embraced the culture and made it part of their language early on.

Do you have a favorite historical recipe that’s featured in the book?

My favorite one is artichokes preserved in sugar syrup. In the Renaissance, the very poor only ate vegetables while the upper class ate meat, which signified wealth. Artichokes were an exception. There’s a gardening manual from 1600 which actually gives a recipe for preserving artichokes. It takes a very long time and several applications of syrup, but in the end, you get these very jewel-like, shiny artichokes. I just thought the whole idea was so strange, so I included the recipe in the book.

You head the Center for Food Studies at Simon’s Rock and just came off the heels of the ThinkFOOD 7 Conference, focused on eating to save the planet.

Are there recommendations you might offer the average reader when you think about even small ways that we can do our part to become better consumers of food?

A lot of it comes back to being willing to pay the price that food should cost. We’re too focused on price when we need to think more about the labor that goes into the food we want to eat. If we thought more about food this way, I think more of us would want to go into food production, and we’d have a better, fairer system for everyone.

It’s also about getting to know your farmer, or vegetable grower, or even your local grocer—about knowing where your food comes from and looking into that as an informed consumer. Finally, there’s forgiveness. We can’t all do everything. Making an effort is important, but you don’t have to solve all these problems at once.