Westerners have long referred to lands east of the Bosporus and the Ural Mountains as “the Orient” or “Asia,” terms derived from Indo-European words for “east.”

This vague and general designation underscores the longstanding tendency to view the “East” as an undifferentiated “other,” a perspective that has been used to justify Western colonialism and political hegemony, and one that often pervades contemporary views of what is in fact the world’s most culturally and physically diverse macroregion. Today, the realm’s three most populated regions (Southern Asia, Eastern Asia, and Southeastern Asia) contain nearly 3.7 billion people, roughly 56 percent of the world’s population. With Central and Western Asia, these regions with nearly four millennia of continuously recorded history are the birthplaces of the world’s major religions, the home of innumerable languages and dialects, and the domain of several of the world’s largest economies. Asian studies is a multidisciplinary field, providing a wide variety of intellectual perspectives and learning experiences, and recognizing a great range of cultures and a tremendous diversity of peoples.

Students who choose this concentration may focus on a specific topic or set of topics within Asian studies, including language, the visual arts, music, religion, cultural geography, politics, economics, literature, and history. Alternatively, they may design a focus within the Asian studies concentration, for instance, taking a comparative view of the role of women in Asian cultures. Of course, these approaches may also be combined, and students can pursue their own topics of study in consultation with the faculty.

Students with a concentration in Asian studies may enter into fields and positions such as journalism, diplomacy, human resources, public service, and interpretation.

Students are encouraged to take courses focusing on Asia from each of the following three categories: Social studies (anthropology, economics, geography, history, and political science), the arts (art history, visual arts, and music), and the humanities (language, philosophy, and literature), for a total of between 16 and 24 credits, including two 300-level courses. (100-level language courses do not normally count toward the concentration credits.) Students are also encouraged to study Asian languages and to spend a semester or year in Asia, using and building their knowledge of the area. Accelerated Beginning Arabic and Chinese are offered at Simon’s Rock. Higher level courses in Chinese, as well as several courses in Japanese, are available at Bard College. Students may design their own programs based on course work at Simon’s Rock, Bard, and international study-abroad programs with the approval of faculty representatives of the concentration. 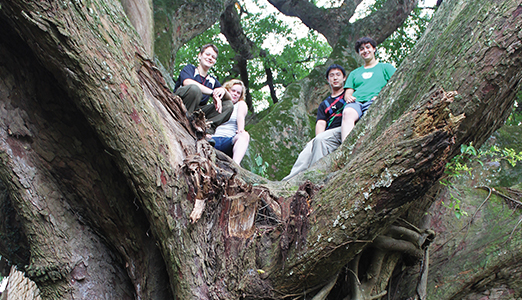 Off Campus Program 301: Sacred Landscapes and Nature Conservation in China and the Tibetan Borderlands: Trekking, Research, and Service-Learning

Through readings, talks, personal observation, and service work, you'll gain an appreciation of the biogeography and culture history of the subtropical Southeast Uplands, the Yellow River Valley, the loess plateau, the North China Plain, and the snow-capped Hengduan mountain region of the Sino-Tibetan borderlands. 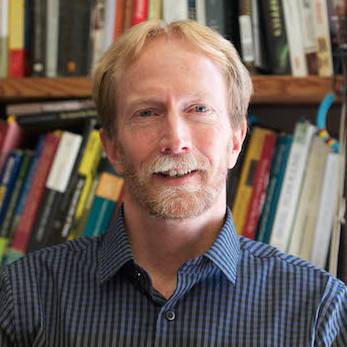 Trekking across the sacred groves of China for the chance of a lifetime.

Professor of Geography and Asian Studies