The history of relations between peoples, cultures, and nations has been a complex one. In some instances, neighboring or distant peoples have engaged in mutually beneficial trade, borrowing of cultural practices, and social encounters.

In other instances, it has been one of conflict, ranging from misunderstanding and miscommunication to hostility, domination, and destruction. Yet international and intercultural interactions, whether global or personal, are becoming increasingly significant for more and more people every day, making cross-cultural understanding imperative.

This concentration is designed to foster such understanding by exploring the ethics and politics of cultural encounters, both historic and contemporary, primarily between Western and non-Western societies. Courses in the concentration explore the cultural factors that have facilitated or hindered cross-cultural interaction, notably processes of interpretation and representation, as well as the larger political and economic contexts within which international interactions occur.

The concentration is designed for students wishing to increase cross-cultural communication and to gain knowledge of cultures other than their own as well as of the global system in which they are a part. Students who wish, through comparison, to become more aware of their own culture and the effects it has on them will also benefit. Work in the concentration includes the study of relations among cultures and nations, as well as introductions to some of the beliefs and lifeways of non-Western peoples through courses examining human variation in cross-cultural perspective and specific areas or groups: Asia, Africa, the Middle East, Native and Latin America, and American (United States) studies. This concentration is appropriate for students planning to study abroad and those considering graduate study and careers in anthropology or international relations, especially when complemented by study in a language past the intermediate level. The foundational course Introduction to Anthropology is a background requirement for the concentration, providing students with a cross-cultural and comparative theoretical and empirical framework.

A concentration in cross-cultural relations can lead to a wide variety of careers, including work as a diplomat, educator, travel industry or international corporate representative, social and human service provider, or an international advisor.

The concentration is designed to give students exposure to three different approaches for thinking about cross-cultural relations: At least two courses focusing on the history, politics, and ethics of cross-cultural interactions; at least one course on the comparative study of international relations; and at least three courses focused on particular non-Western areas. In addition, one course in a topic of American studies is required. Two courses in the concentration must be at the 300-level or above. A minimum of 24 credits is required to complete the concentration requirements. This minimum includes the required foundational course, Anthropology 100. 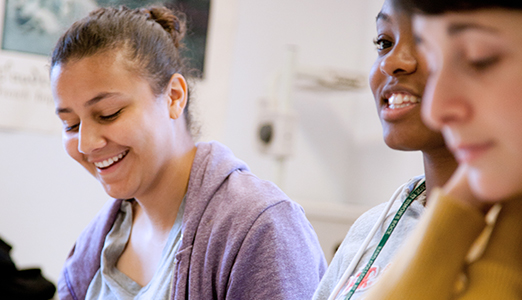 Cities are dynamic environments that shape and are shaped by their diverse populations. This course examines cities and their inhabitants in a cross-cultural perspective and introduces the development of urban studies since the late-nineteenth-century. We will address urban life through the lens of ethnographic works from Ireland, India, Thailand, Bolivia, Brazil, and the United States, and discuss topics such as migration and immigration; licit and illicit economic activities; urban violence; the configuration of space with its links to power; and the complex class, ethnic, gender, and racial dimensions found in cities.