“A word after a word after a word is power,” according to the contemporary Canadian writer Margaret Atwood. Appreciation of the power of language as an artistic medium is the goal of the literary studies concentration.

The requirements of the concentration are designed to foster students’ skills as interpreters of literature and as writers, while also instilling appreciation of form and knowledge about literature and its relationship to social and political contexts. The Simon’s Rock literature program is decidedly comparative, allowing students to study British and American literature as well as French, Spanish, German, Russian, Chinese, Arabic, Czech, and other literatures, in the original language or in translation. In keeping with the College’s commitment to interdisciplinary study, students choosing this concentration are encouraged to engage in complementary study in other areas, including Asian studies and gender studies, or fields other than literature. In the past, students have combined work in literary theory and women’s studies, political theory, and children’s literature, and the history of science with autobiography. The Division’s course offerings each semester represent a wide variety of literary approaches and contexts. 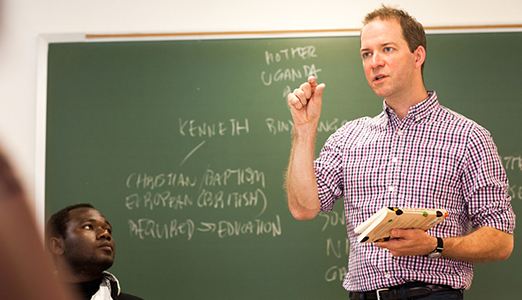 In this course, you will investigate Greek drama, one of the high points of Western literature, primarily by studying—in translation—many of the tragedies of Aeschylus, Sophocles, and Euripides, as well as comedies of Aristophanes and the later poet Menander.