Learn about your world in natural science at Simon’s Rock. 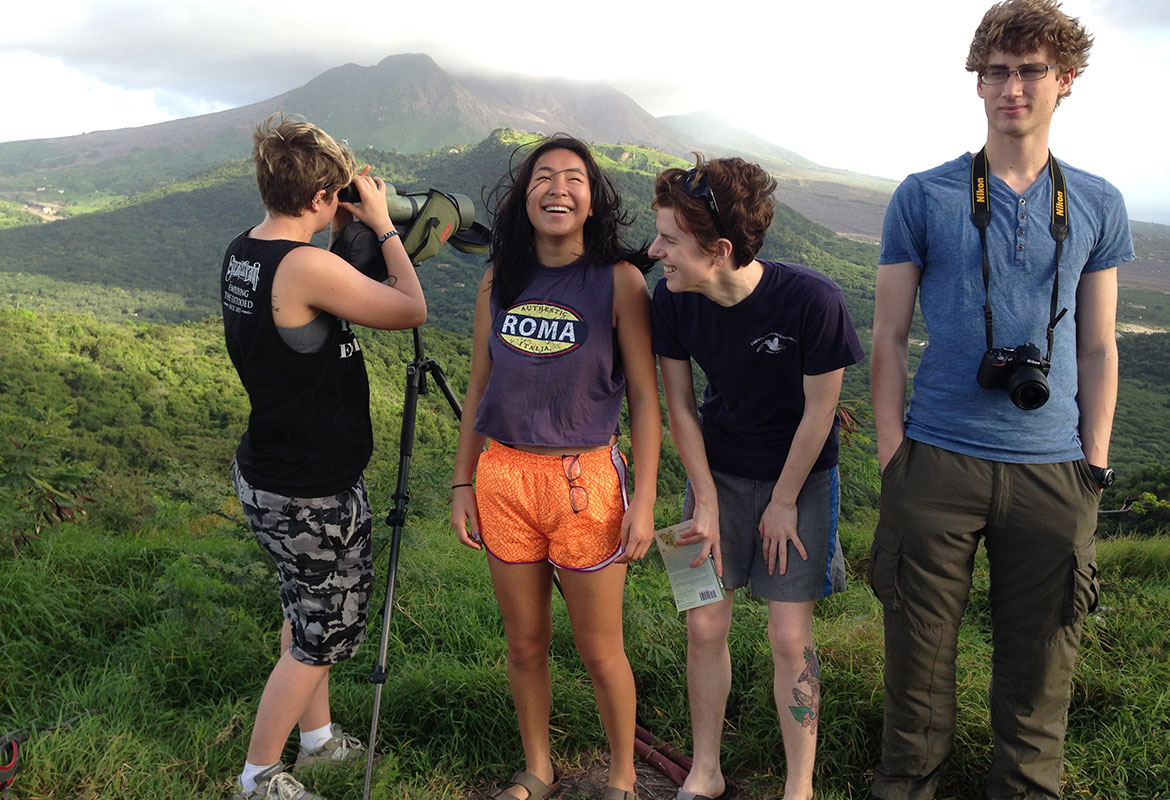 This course explores how the paradigm of plate tectonics organizes a study of the Earth. Earth scientists see the world as ever-changing, and we will adopt that outlook. Thus, we will put classical geology into the context of plate tectonics, and seek relationships between processes deep in the Earth, such as magnetic field generation and mantle convection, with surface manifestations such as earthquakes and volcanoes. The course is lab-based to give a feel for Earth processes and for how one makes inferences about the deep Earth. Topics include the age and composition of the Earth and solar system, minerals and rocks, plate tectonics, conduction and convection, seismology and the structure of the Earth, and magnetic field generation.

No prerequisites. This course does fulfill the science requirement.

Forensic science is the study and application of science to matters of criminal and civil law. This course will emphasize complex reasoning, observation skills, and critical thinking. Forensic Science involves many areas of science, including anatomy, microscopy, molecular biology, chemistry, physics, and earth science. Some topics in forensics such as evidence collection, DNA analysis, blood spatter, impression, and trace evidence analysis will be addressed in this class. Students will also incorporate the use of technology, writing skills, mathematics, and social psychology and integrate these skills around the theme of solving hypothetical crimes.

Prerequisites include: at least one high school science course and completion of MATH 101 or higher at Simon’s Rock. This course does fulfill the science requirement.

Combining some basic observational astronomy with underlying theory and laboratory exercises, NATS 130 provides both an introduction to Astronomy and an exciting opportunity for students to learn how science is done. Many current discoveries in Astronomy - the discovery of extra-solar planets, for example - are readily accessible to beginning students. Topics include astronomical objects and apparent motions, the heliocentric theory, a historical development of Kepler's laws for planetary motion and universal gravitation, the structure of solar system, and brief surveys of stars and galaxies, extra-solar planets and the origin of the universe. Laboratory exercises include naked eye and telescope observing sessions and computer exercises.

The course satisfies the science requirement, and is designed to be suitable for all students, regardless of previous science background. Co-requisite: Mathematics 109 or a higher level math course, or permission of instructor.

The goal of this seven-week course is to explore science writing for general audiences. The course consists of reading and discussing classic and current articles, essays, and texts written for general audiences and spanning a range of scientific fields. Students will also write their own ‘popular’ science essays, with various perspectives and goals, e.g., focusing on a particular current piece of scientific research; synthesizing several related studies that are not in full agreement (as is so often the case in an active scientific field); or giving broader context to a field of scientific research. This course does not satisfy the science requirement.

Prerequisite is prior completion of the AA science requirement.

This course examines the science of the Earth’s climate, with a focus on understanding the recent scientific realization that human activity could be changing it in profound ways. Topics include solar radiation, the carbon cycle, greenhouse gases, measuring the climate of the past, and predicting the climate of the future. We will also discuss ways that humans might lessen or correct their impact on the climate. The course is designed to be suitable for all students, regardless of previous science background.

Lab required. Corequisite: Mathematics 109 or a higher level math course. This course is generally offered once a year.

Under these course numbers, juniors and seniors design tutorials to meet their particular interests and programmatic needs. A student should see the prospective tutor to define an area of mutual interest to pursue either individually or in a small group. A student may register for no more than one tutorial in any semester.