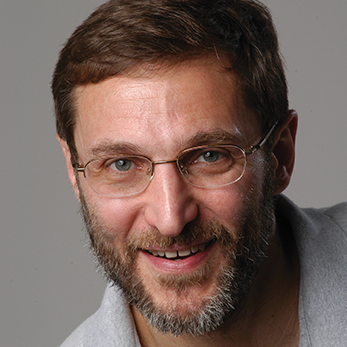 As a professor of computer science at the University of California at Berkeley, Scott Shenker teaches students to solve problems and search for innovative solutions. As a parent (with wife Mary Ruth Quinn, a pastoral counselor) of two Simon’s Rock alums, Jacob ’09 and Noah ’11, he did the same: Raising his unconventional, spirited, and determined boys meant finding an educational environment that would focus more on academic challenge and depth and less on routine and convention.

“Simon’s Rock emphasizes intellectual passion and depth; everything else follows from this basic mission,” he says. “This inversion of priorities from most schools, where form often dominates substance, is what is most important to me about Simon’s Rock.”

To that end, Scott’s sons both found their passions at Simon’s Rock. For Jacob, the flames of interest in philosophy were fanned at the Rock by a seminar and a philosophy of science class. As for Noah, Scott says Simon’s Rock piqued his interest in “political philosophy, a subject that continues to fascinate him. He loved his time at the school, and his courses with Brian [Wynne], Mike [Bergman], Sam [Ruhmkorff], and Asma [Abbas] were particular high points.”

“You don’t come here for the status or to polish your resumé. You come here to be passionate about something.”

Most recently, Scott and Mary led our Match a Million campaign, which inspired hundreds of others to give and successfully raised a total of two million dollars for Simon’s Rock.