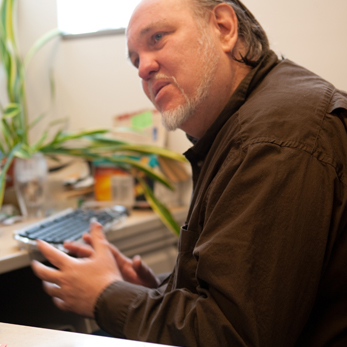 Dr. Myers is a composer, performer, media developer, and author, and has a broad range of activities that reflect his expanding interests and areas of professional engagement. He often performs as a guitarist, either as a soloist or in ensembles, playing jazz and Western classical music. Dr. Myers has been teaching at Simon's Rock since 1987.