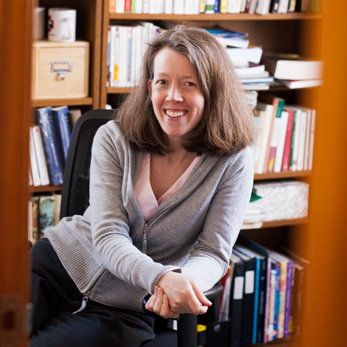 Head of the Center for Food Studies

Dr. Tebben previously taught at Syracuse University and SUNY-Oswego. Her primary specialty is early modern French and Italian literature and she has published articles on Molière, Du Bellay, and courtesy books in the Renaissance. She has also explored the relationship of food culture to national identity in France and has published pieces on iconic French dishes, sauces, and the history of dessert. Dr. Tebben regularly presents papers on food culture at national and international conferences, including the IEHCA International Conference in Tours, France (2016), the Umbra Institute Food Conference (2012), and the Colloquium Pomme de Terre at the Université de Tours (2008). She has been teaching at Simon's Rock since 2000.