The German Studies concentration considers the language, history, cultures, art, and philosophy of the German-speaking people.

We encourage students to approach this concentration from an interdivisional point of view and to select relevant courses in the arts and in social studies, in addition to the required courses. This is especially desirable if a student is already familiar with German before coming to Simon’s Rock.

Students who elect the German Studies concentration typically enroll at an institution of higher learning in one of the German-speaking countries: Bard College in Berlin offers an opportunity to take some classes in English while being immersed in a German-speaking environment and receiving formal instruction in the German language. Students can also participate in the study-abroad programs such as those run by the University of Massachusetts in the Southwest of Germany (Baden Württenberg) or by the Philipps-Universität Marburg (Hessen). At these institutions, students take German as a Second Language classes (DaF, i.e., Deutsch als Fremdsprache) and/or classes conducted entirely in German, selecting subjects such as literature, music, architecture, chemistry, physics, etc. Students interested in the Munich School of Business are encouraged to consider this concentration.

The German Studies concentration may be effectively combined with one in cross-cultural relations, linguistics, literary studies, or another world language.

Students with a concentration in german studies may enter into such fields as business, government, education, analysis, research, and advising. 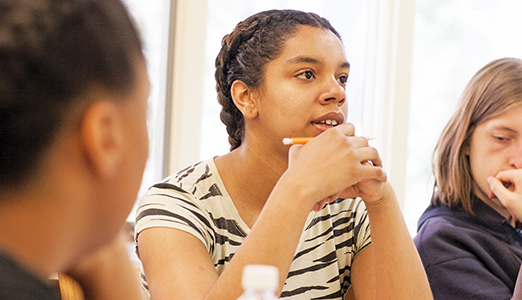