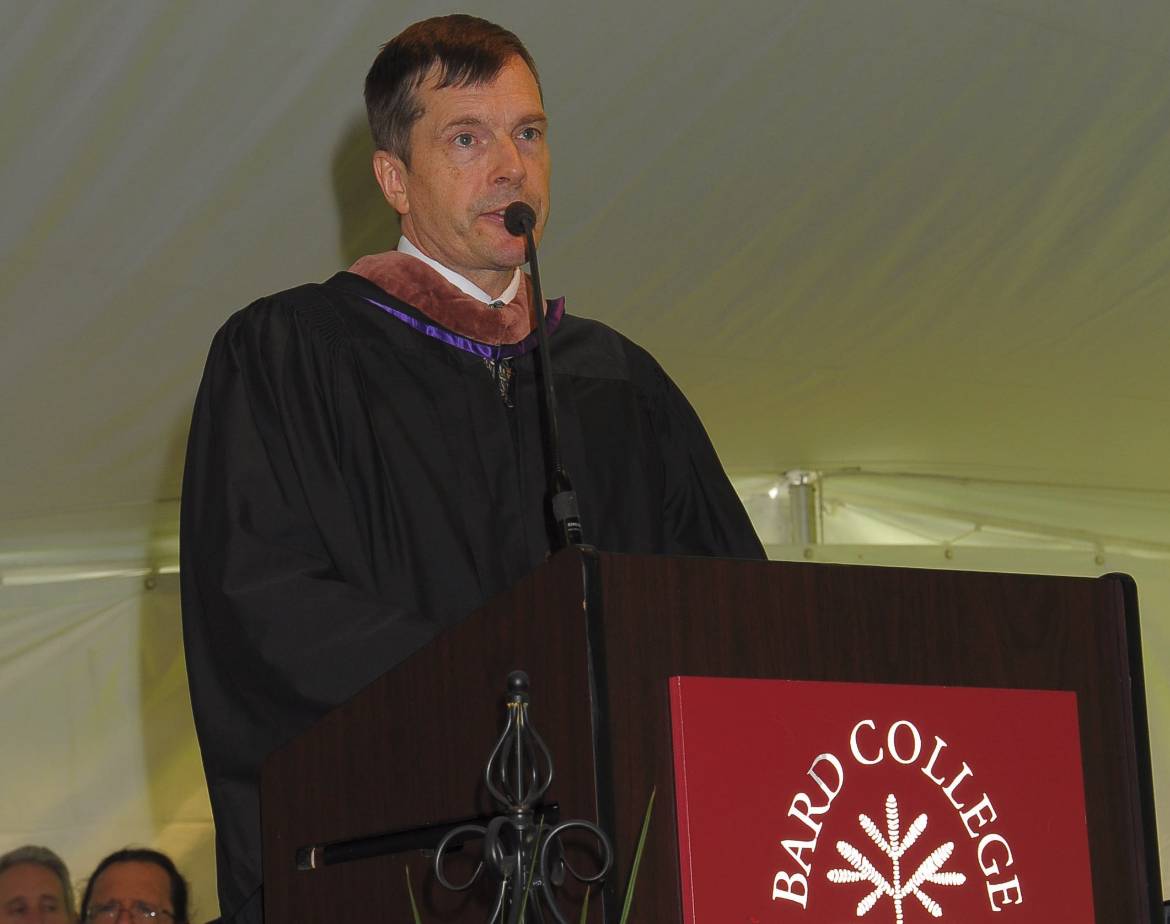 Henry Alford ’80 returned to Simon’s Rock as commencement speaker in May of 2015.

The author of five books and a frequent contributor to the New Yorker, he also writes a monthly column about manners in the New York Times. He spoke with us about—among other things—manners, hotel-room amenities, and getting kicked out of boarding school. 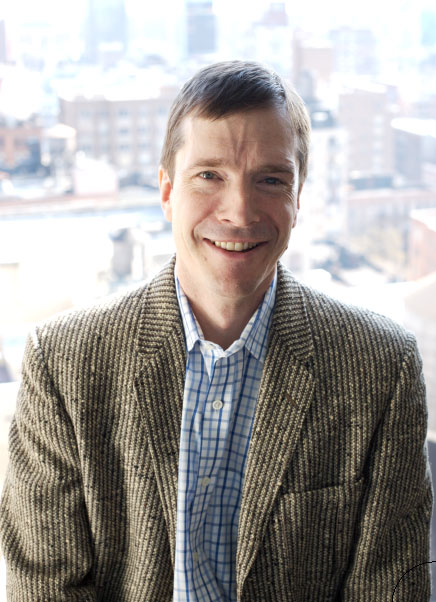 How did you find your way to Simon’s Rock the first time back in 1980?

I knew Ba Win, the former provost. I had been a camper at a camp in New Hampshire called Interlocken, where he worked. We stayed in touch. I got kicked out of boarding school in my sophomore year and Simon’s Rock seemed like a good fit at the time.

Why did you get kicked out?

No, I think I worked them out of my system. I think being around other talented iconoclasts, as I was at Simon’s Rock, I no longer needed to act out in that way.

And how does it feel to be coming back as commencement speaker?

I am so honored. It’s like being awarded the medal of honor for the battle called life. It’s very exciting to come back and present a report from the front lines.

A lot of your writing has been in the realm of performance-art. For a January 2015 article in the New York Times, you spent three weeks “trying to improve my life through apps,” as you phrased it. How has this kind of writing affected the way you live?

When you write about something, you have to explore every permutation. That’s had a trickle-down effect into my life. Like, if I stay in a hotel room and there are amenities, my training as a participatory journalist has me trying every amenity. I want all the steam facials. You can’t leave a stone unturned. It’s made me a more curious person and a more restless person.

You have a much-longer to-do list if you start engaging with life that way.

Are there any personal topics that are off-limits for you?

Not really. There’s stuff that I’m tired of reading about so I probably wouldn’t take that kind of assignment. And there are certainly things I wouldn’t make fun of. I’m not going to pick on anyone who can’t fight back.

You’ve written a book on manners – Would It Kill You to Stop Doing That? - and have a monthly column on etiquette in the Times. What appeals to you about the topic?

Oh, I love the wherewithal to tell people to watch their ass. Laughs. No, It’s a great forum for discussing a hugely wide range of topics. It’s amazing how much of the stuff that people talk about falls under or could fall under the rubric of manners.

Based on reader questions, what etiquette topics do people struggle with most?

Cell phones. People want to know when they can talk on their cell phones. It speaks to the trickiness of modern manners. Every day, we walk through a series of manners microclimates. It might be fine when you’re hanging out with your working mother friends to pick up your cell phone mid conversation because they all do that but if you do that at work with your boss it might be really rude. Modern manners are really about reading the room much more than they had been before.

How does a “participatory journalist” go about preparing a commencement address?

I will unravel the mysteries of the universe in a ten-minute speech! I’m going to reconfigure all of that audience’s molecules. Laughs. No, in truth, ideally I’ll discuss some of the joys and dangers ahead without being prescriptive.