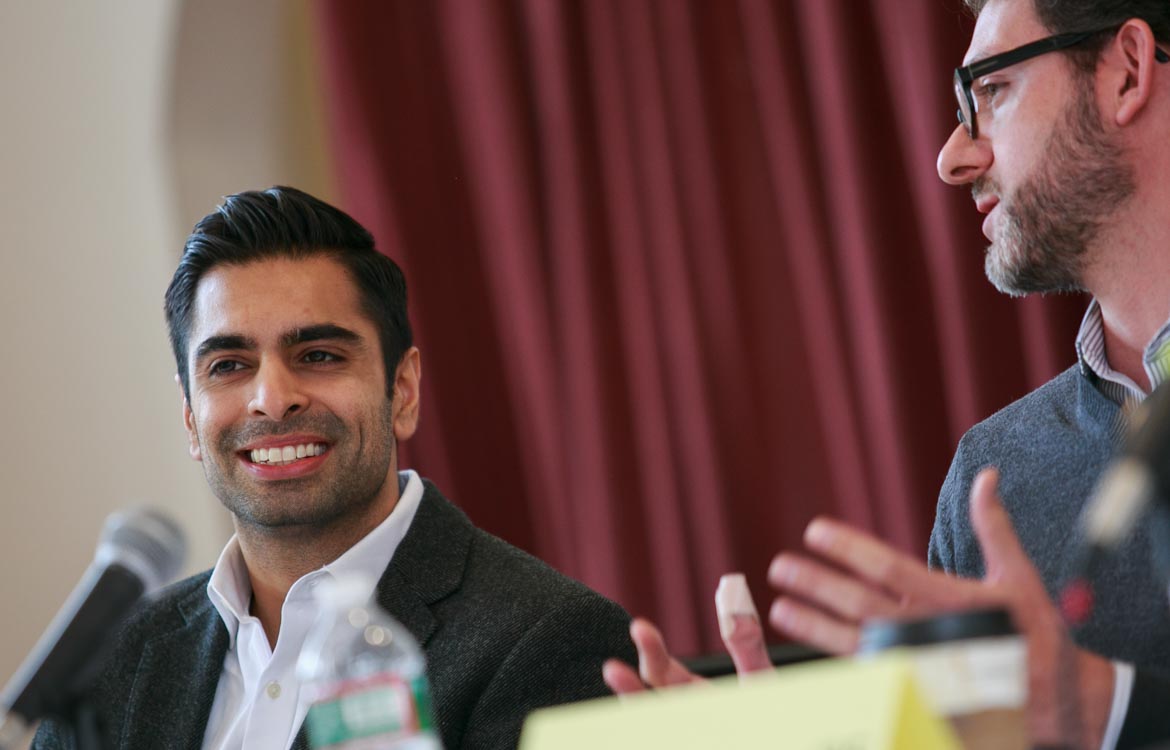 Every day, Samir Arora ’02 has a new job to do. As an investment specialist at Stonehill Capital Management, a New York City-based hedge fund that focuses on research-intensive “distressed investing,” he has come to appreciate the novelty each day brings. “I get to wake up every day and solve puzzles, whether it’s with a new company or a new industry or a new country,” Samir says. “I think contrary to what people think about business, there is a lot of creative thinking that’s needed within a practical, logical framework.”

Samir began his business pursuit while attending Simon’s Rock, although his intention was to be a Pre-Med major. He enrolled in multiple science courses on that track, but also “ended up taking a few economics courses” where he was struck by how much he enjoyed the subject. “I was able to think critically about things from an economic perspective and utilize all of the things I was studying. I changed tactics when I left Simon’s Rock and became an econ major.”

“My time [at Simon’s Rock] was a very positive, if not transformative, experience… I was a beneficiary of a merit scholarship, and I know donations help fund that.”

Samir transferred to Stanford, where he received his BA at just 20 years old. He had several advantages over his older peers, not the least of which was a very strong talent for writing and a clear picture of why he was there. “My writing skills were off the charts because that’s all we did at Simon’s Rock,” he says, laughing. “Also, by the time I got to Stanford, I was there with the intention of building my academic career. I was prepared to do that.”

As Samir’s career in business has taken off, he has also taken the time to become an enthusiastic supporter of his early alma mater. He is happy to watch the college grow, especially since, he says, Simon’s Rock gave him such a strong foundation.