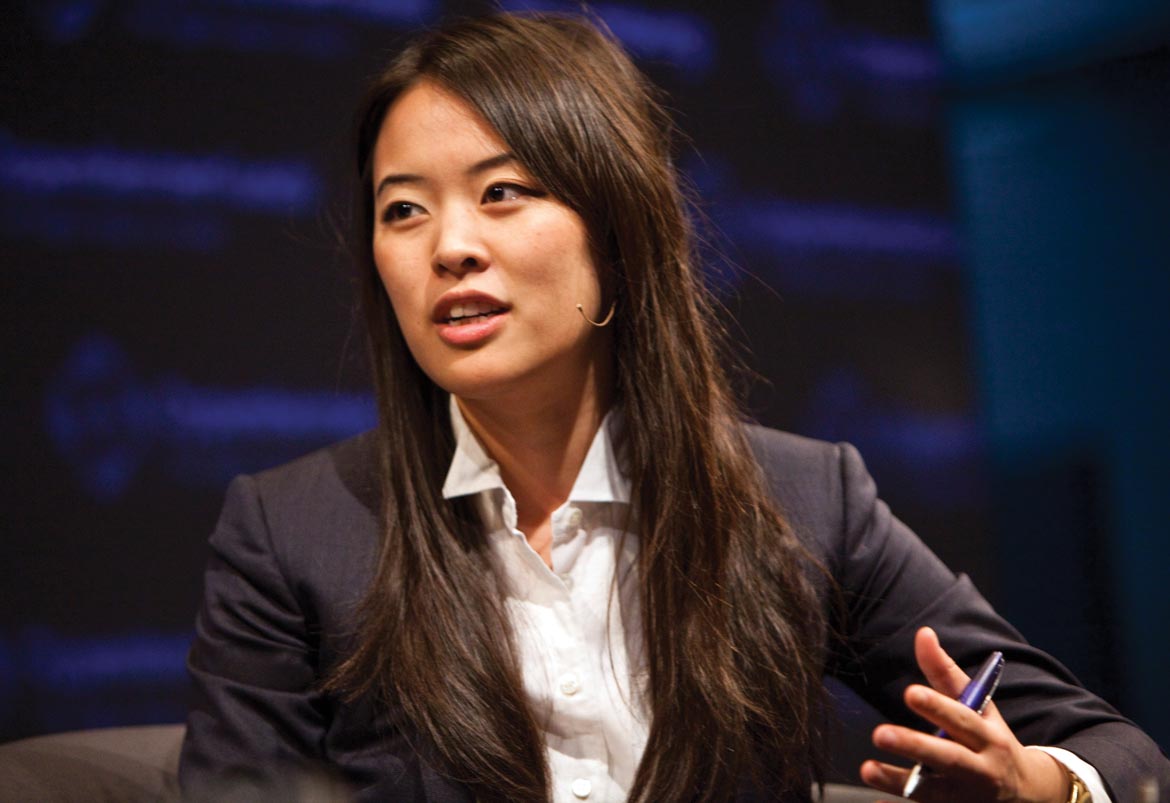 Jennifer Fan ’99 led the pack in Forbes magazine’s “30 Under 30 Finance List,” recognized for both her role as founder and chief investment officer of $650 million hedge fund Arbalet Capital, and for becoming a Wall Street veteran by age 29.

Today, Jennifer trades commodities at Millennium Partners. Her success is due, at least in part, to a distinctive mix of fearlessness and creativity—traits that draw many Rockers to early college. From her first days on Wall Street, Jennifer found herself attracted to commodities rather than stocks because of their tangible nature. As she sees it, commodities “affect everything that humans do every day. People use oil, buy food from the store, use electricity—all of that is a very efficient machine.” As a trader, Jennifer says she has “a front row seat to see how that machine works, and how things get to the end consumer. It’s problem solving on a big scale to enable modern living.”

By the end of her sophomore year in public high school, Jennifer, a Pittsburgh, PA native, had exhausted all of her options for math classes. She and her parents explored a range of engineering programs, and Jennifer ultimately chose Simon’s Rock, attracted to the freedom it offered for both personal independence and academic choice.

Although much of her coursework was in math, physics, and statistics, Jennifer is certain that Simon’s Rock instilled the strong writing and reading skills that are now more valuable than ever to her as she advances in her career.

Jennifer’s passion for learning has now become a passion for giving. As a donor, she invests in Simon’s Rock, helping other young people explore their intellectual interests.

Join Jennifer and our donors.