Nine words stretched across a Simon’s Rock banner at a Seattle college fair—You could start college after 10th or 11th grade—jumped out at 9th grader Andre Santana. Intrigued by the possibility of shaving one or two years off high school, but a bit skeptical of the promise, Andre began a yearlong correspondence with Admission before deciding to attend. In 2013, Andre headed 3,000 miles east to become a Rocker. 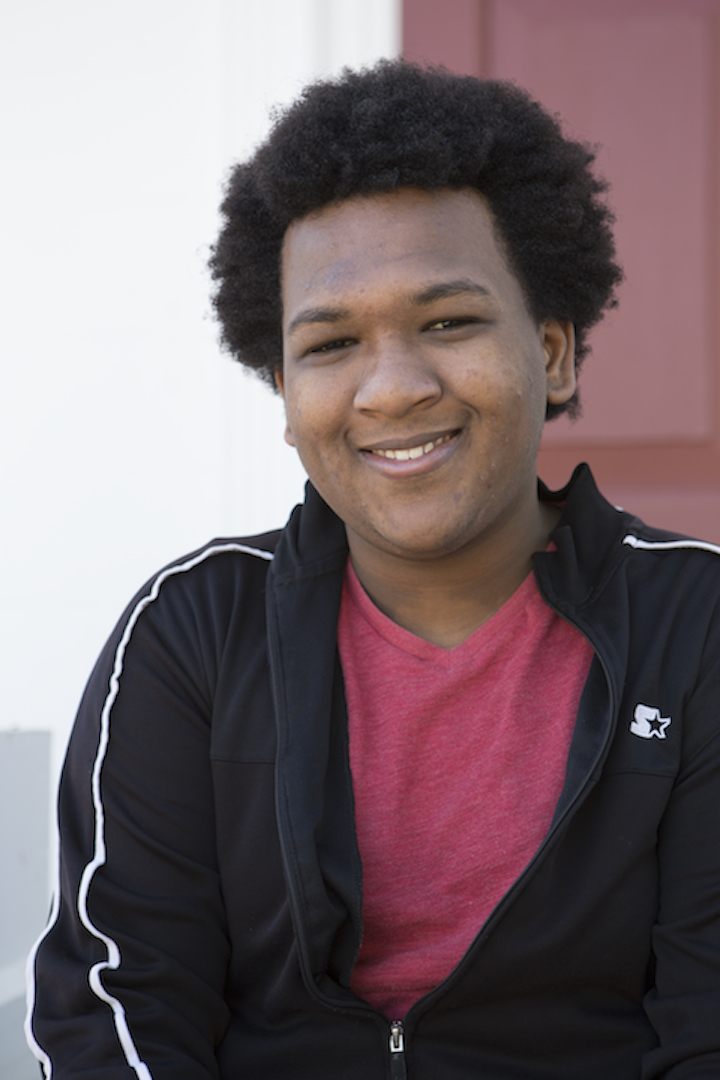 The Simon’s Rock banner was the first of many signs—literally—that raised the ceiling of expectation Andre had about his academic future. When he thinks back to the 9th grade version of himself, Andre confided, “Before I left high school, the highest degree that interested me was an associate of arts. I didn’t see myself going very far beyond undergraduate studies if I finished them at all.”

But life had other plans.

As it turned out, Andre’s AA graduation ceremony signaled the beginning of his academic career. What’s more, the milestone was especially poignant because he had the honor of giving his class speech, and sharing the moment with his family. Now, with a BA degree just months within reach, and a big-picture plan that includes a PhD and academia, Andre points out that, if it weren’t for Simon’s Rock, he never would have thought these options were possible. “Every couple of months, I stop and look around, and tally up all the things I’m doing and the opportunities that have been opened up to me. And I think to myself, ‘Wow, I would have only just graduated high school right now.’” Andre credits the strong community at Simon’s Rock, and Anne O’Dwyer and Eden-Reneé Hayes, specifically, for helping direct his passion for psychology into formidable opportunities, and providing friendship and support within the classroom and beyond.

“Not only did I learn about teaching, I was also able to study the Simon’s Rock/BHSEC connection, and how the early college pedagogy was adapted for these models.”

Last summer, Andre had the opportunity to intern as a teacher’s assistant/tutor in an Introductory Psychology course at Bard High School Early College Newark (BHSEC). “Not only did I learn about teaching, I was also able to study the Simon’s Rock/BHSEC connection, and how the early college pedagogy was adapted for these models,” Andre said.

When asked what thoughts he’d share with the incoming freshman class, Andre says, “If you’re looking for a challenging education—and you’ll get it here—there will be times when you’re genuinely stumped, frustrated, and sometimes you’ll blatantly fail! And that’s okay. Without my mistakes, I wouldn’t have grown as much as I have.”

Spend a little time with Andre and you’ll get the sense that he takes nothing for granted. From his volunteer performances at Fairview Commons—a nearby nursing home—to hitting the lab to study correlations between personality type and academic decisions, he’s as excited about what’s directly in front of him—which at the moment happens to be a group project on bullying among elementary schoolchildren—as what lies ahead.

Ten years from now, Andre hopes to be a professor, teaching around the country, building on the experiences he’s had here. “Eventually, I might be interested in returning to teach at the Rock and settling in the Berkshires.”