For 50 years, Simon’s Rock has occupied a unique space in the educational landscape, practicing the simple yet radical idea that many students are ready for college at a younger age. Breaking from the conventional chronology, for these students, is to choose an education defined by critical inquiry, adventurous expression, and active exploration of the self and world.

Simon’s Rock continues to develop innovative ways to express its core mission. We served as the model for Bard’s extremely successful network of public Early Colleges, which now includes eight schools in five states. We reimagined high school as a two-year rather than four-year experience for highly motivated students. And we connected high school and college in one cohesive six-year arc, rather than an eight-year span comprising two disconnected parts.

As we celebrate our 50th year, the Simon’s Rock idea is more important than ever in answering the challenges facing both secondary and higher education.

The priorities outlined in this document arose from far-reaching, collaborative, and strategically oriented self-study processes and will guide our evolution for the next five years. 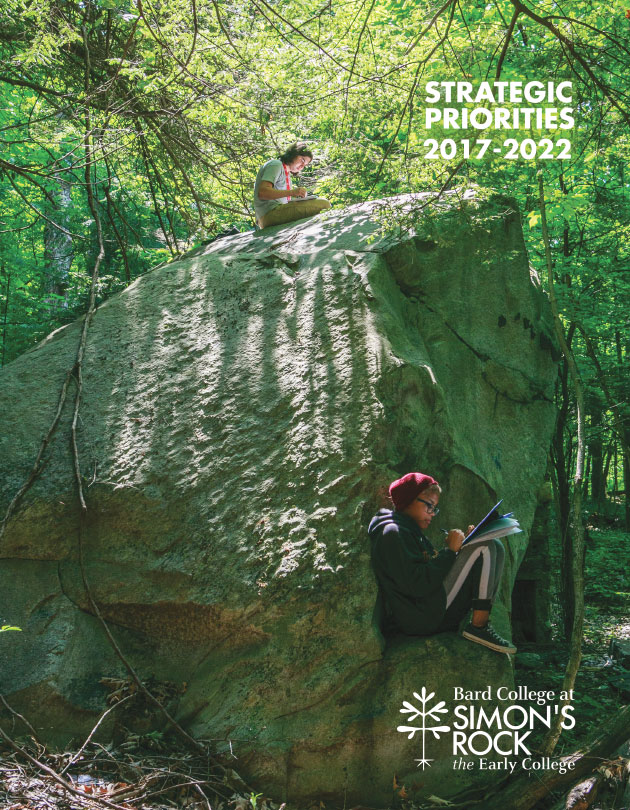